This week's lecture is about sacred & profane. What I understand from in class is the both of words sacred & profane. is like have a two side of meaning depend on what u want it mean. It's not too good or too bad. For me, sacred is from what human do for god. but Profane is from what we use what we do for god in another way(wrong way or not I can't say that).

the Unoccupied home. They must respect to the house that actually is nothing inside. They believe some scary inside and they believe they must respect to that. But another way I think this one giving a chance of profane. If someone didn't respect and want to prove they come inside and profane. I think profane in another way is not wrong way but in this case ir's like how prove that nothing in there.
Anyway, sacred & profane in term of everything it's still about the religion or believe something that not good way or bad way is depend on perpose. That for me.
เขียนโดย Alexandul - Abdulnasris ที่ 09:39 ไม่มีความคิดเห็น: Link

Empty Form
For me the empty is like the thing that nothing. I think all of you can hear the tense Everything is nothing. I agree with this. the empty form in term of architecture is like free.
Empty space is the free space. I can see it's flexible space that can be or could be everything for everyone that has change in every time. What ever you want.
For me I think in nowadays the architecture that is empty space is the row house.

In Thailand we can see the row house can be every place. such as house , shop, school , restaurant , hotel or hospital. It could be.
Because of row house is the empty space that can change to every place depend on user but if you see the exterior is exactly the same in every row house.
exterior-interior = fixible - Flexible
เขียนโดย Alexandul - Abdulnasris ที่ 09:58 ไม่มีความคิดเห็น: Link

Nowaday I can see many Thai girl in the cyber world like to upload her photo acting like this that all Thai we called Abbaew. This act some Thai girl believe it’s looking beautiful , cute , young and charming.

The word Abbaew is come from Abnormal + บ้องแบ๊ว (cute) = Abbeaw. That mean abnormal cutie. Not only when her acting for take a photo but right now in her daily life. They have Items to make their always look abbeaw in every degree.

Eyes - Eyes is the door to open the heart 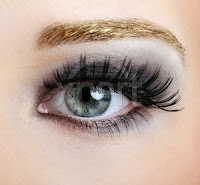 Contact lens and False eyelash – to make the sparkling eyes.


Hair extension and Wig - easy to change the hairstyles 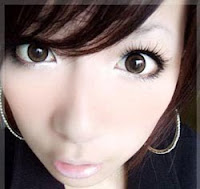 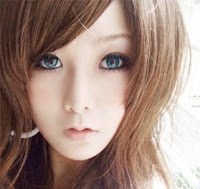 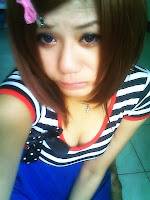 From the Abbeaw Girls let me think about why they like to do like this ? all the Items can make her look beautiful better. The Items is simulated to make her. Even though is not real but in psychological terms that make the perfection. From my perception I think many girls is perfectionist. They try to reach the thing to complete their life. Jacqueline Mitchelson who is psychologist. He research about the perfectionist. He said “ Mostly Woman is the perfectionist more than a man”